Emerson’s Annual DUI Presentation is Back 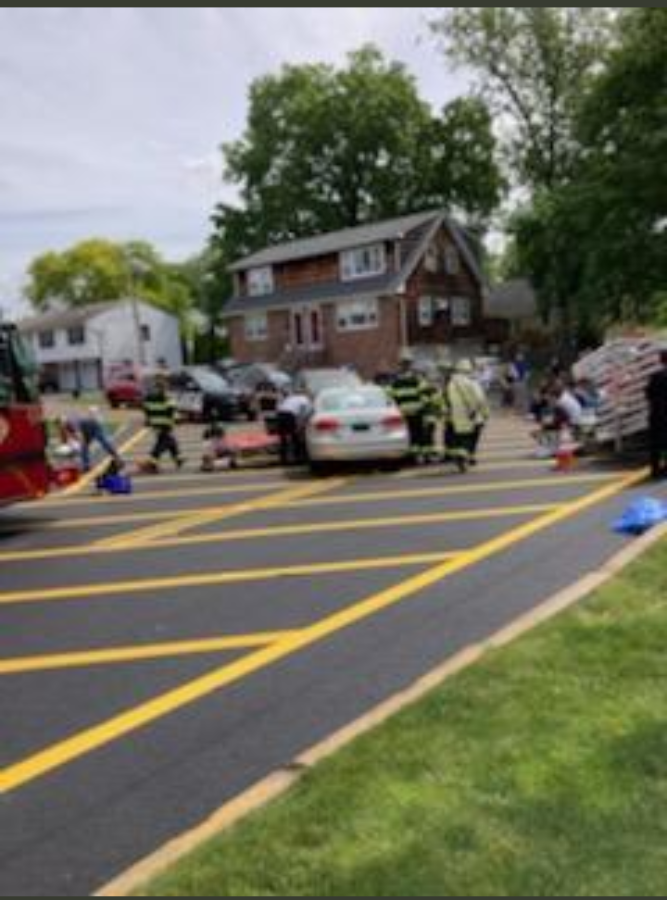 On the Morning of May 26, the Emerson Junior-Senior High School class of 2022 witnessed a car accident. Fortunately, this accident was a cautionary enactment of what could go wrong when drinking while under the influence, DUI. Held annually before prom and graduation festivities, the DUI program is run jointly by the Emerson Police and Fire Department. The full experience was divided into three events, starting off with an hour long film from a local police department.

It provided a complete experience, showing the decisions of drinking heavily, then deciding to get into a car, and everything that happened following the crash, including the tests for the drunk survivor, and the scary proceedings that the paramedics and hospital have to go through to try and save the victims life. The movie felt even more realistic after it included the viewpoints of the victims family and the raw emotion that they had to endure. Following the movie, the seniors got a real life appearance from the judge that played the role in the movie; the judge, as well as other experienced people like the Emerson police officers provided inspiring advice to try to warn all the Seniors of possible problems that can come from driving under the influence.

Following the dramatic short movie, the class of 2022 walked to the local fire station to experience what police, paramedics, and the rest of the staff there have to go through to make it a successful process. They got to witness the brave acts that the police, paramedics and fire department have to go through. From the fire department using expensive tools to break into the car, to the paramedics rushing into the site, the experience was definitely as real as possible.

Senior, Kiley Sweeney stated, ¨It definitely was an eye opening event that made us realize the danger of driving under the influence. Although there were some lighthearted moments, most of the presentation was an eye opener.¨

Lastly, the full event finished with a reenactment of a court case. It involved the subjects that were included in the reenactment at the firehouse and the judge that was previously mentioned earlier in the day. The Emerson Municipal Court was the last site that wrapped up an eventful day of learning and realization.