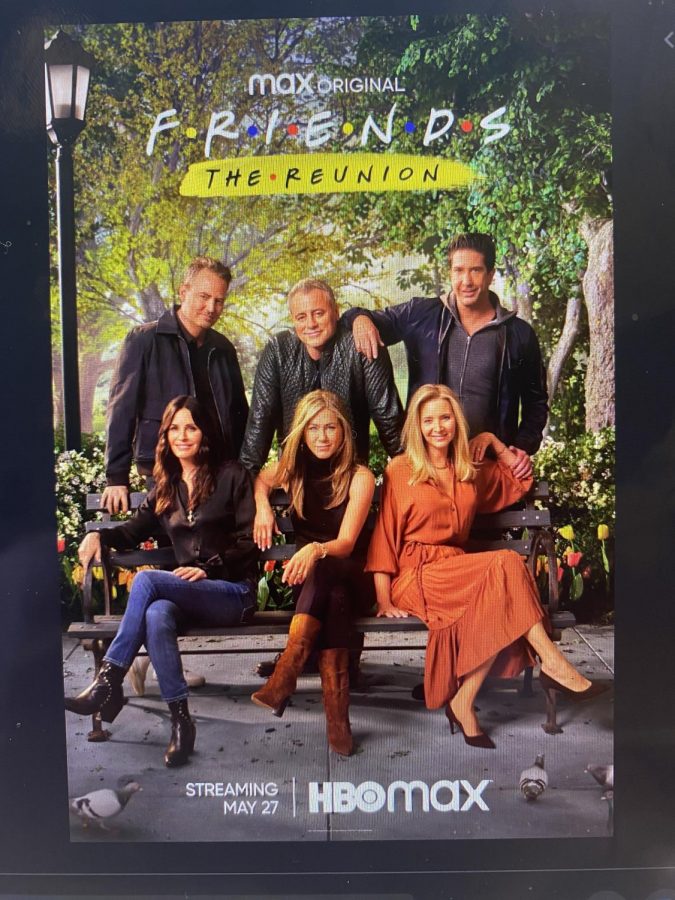 On May 27, 2021, HBO Max released a movie based on the show Friends. The show ended ten years ago, so in this movie we see the reunion. The movie starts off by reuniting all the cast members on the old Friends set.

James Gordon is the host of the interview between all the cast members. He asks them questions like what their favorite part of the show was and their least favorite. In the audience are the creators and producers of the show. We learn that they themselves were young living in NYC with their friends when they created the show, and based events off their real life to include in the show.

The movie then includes people from around the world. They express how much Friends has impacted their life — whether it helped them through rough times or just brought happiness to them.

Lastly, the movie includes flashbacks the cast has from previous episodes. They even reference alot of them and include old clips from the show. We even meet old characters that were on the show like Richard, Janice, and Mr.Heckles. Even Lady Gaga had a special appearance to sing “smelly cat” with Phoebe.

Overall, it was one of the best movies ever. I have already watched it three times . I personally loved the show Friends and will never get over it, and to see the cast all grown up is crazy. Even to watch some bloopers or learn something new is amazing. 10/10 recommend , definitely family friendly and will be enjoyed by all fans of Friends .