The Cavo Chronicles • May 25, 2021 • https://gocavos.org/19470/uncategorized/generation-wealth-documentary-review/ 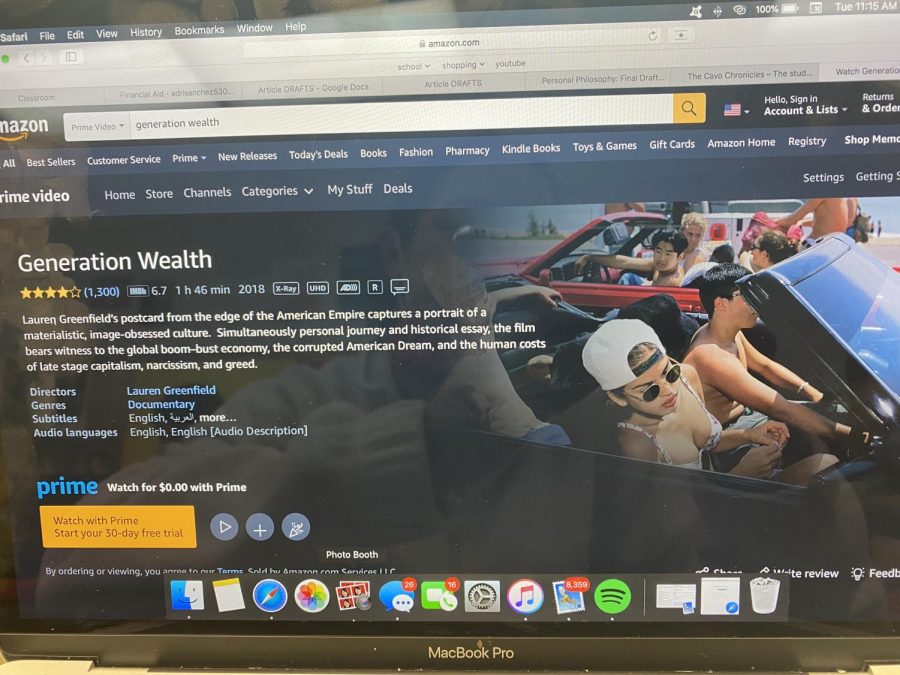 In this documentary, we meet a photojournalist named Lauren Greenfield. Her goal for her photojournalism is to capture how everything in the world revolves around money. In her photos, it shows that people will do nearly anything for a good amount of money.

Her research was based on people who grew up in L.A.. She would take pictures and interview the kids of the famous celebrities that lived in L.A. All these kids admitted that everything in L.A. revolved around money. And no matter how rich and successful their parents were, their parents still wanted more.

She then goes into the things people will do just for money. We meet a five-year-old who participates in pageants in order to win money. In her interview, she is asked why she does these pageants and if she enjoys them and she simply said it was just for the money.

Her research was just showing how in American money, power, and status was the main goal for people, she then shows how badly it is affecting our society .

Specifically women were being the most affected because for them their goal  was beauty. Women go through everything and anything to be considered beautiful. From putting needles in ones face to actual surgery, and even having an ED because of the goal of being skinny and beautiful

Lastly, she goes into the goal of being young. Older people were also doing any treatment or surgery possible to hopefully seem young again.For Men they crave money and power, women want to be beautiful, and elders want to be young again. They also will get needled in their face and get treatments in the hopes of looking young again.

Overall, a great documentary and insight on how wealth affects Americans negatively. Also how it affects younger generations and the future.