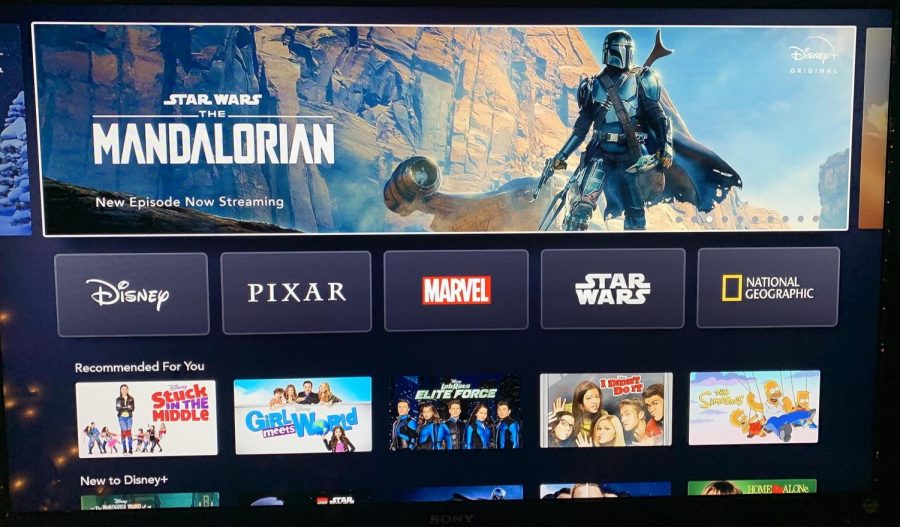 Disney launched their new streaming service around a year ago from this moment, November 12 to be exact. It is hard to believe it has been one whole year,  but in these times of concern and fear, Disney + was and is the perfect homey feeling many people need nowadays.

That is what makes a year of Disney plus really interesting because it proves the company can do streaming right. To have all these subscribers ( 60 million to be exact)  with just Disney content is clearly impressive, but how is it done?

Disney uses smart marketing moves to keep people subscribed , one of those moves being to release their new TV shows weekly,  instead of all at once. This competes with Netflix due to the fact that Netflix releases their shows all at once, making a one day watch totally possible.

Another smart marketing strategy Disney +  uses to keep people wanting to subscribe is making shows based off of popular former non Disney companies, such as Marvel and Star Wars.They have already released of season of The Mandalorian, a Star Wars spinoff show and are currently releasing new episodes of season 2 of the Mandalorian, every friday at 3 am.

Per Deadline.com,  Disney + also has another new Obi wan kenobi spinoff show coming out that is set to start filming in March

After season 2 of the Mandalorian ends, Disney + will start releasing episodes of Disney first Marvel show “ Wanda Vision” which is set to release on January 25th the week after the Mandalorian season 2 ends. This is a smart move because subscribers will watch the Mandalorian and have a brand new Marvel show next week. Due to this strategic release plan, it seems plausible that most users will not unsubscribe, because there will be brand new content waiting for them.

A way Disney is also racking up new subscribers is from the Marvel shows they are releasing. Kevin Feige , Marvel’s president and chief creative officer, is making the shows correlate with movies. In other words, if you want to understand the movies, you must watch the shows too. So for the die hard Marvel fans, not only do you need to pay for that expensive movie ticket, you have to scramble up 7 dollars a month on top of that to be an active fan.

Per Cosmic book news Feige says, “ And it all, for the first time, will interlink. So, the MCU will be on your TV screen at home on Disney+ and interconnect with the movies and go back and forth. It’s exciting to expand the MCU into even bigger and better heights.” Per Cosmic book news

These marketing moves to keep Marvel and Star Wars fans involved, Releasing content weekly instead of all at once , and making content off their ownerships that make the most money are just truly impressive ways Disney + has stuck around for a year and more to come. The streaming game is not an easy one, but Disy has found another way to stay on top of their competition -one marketing move at a time.